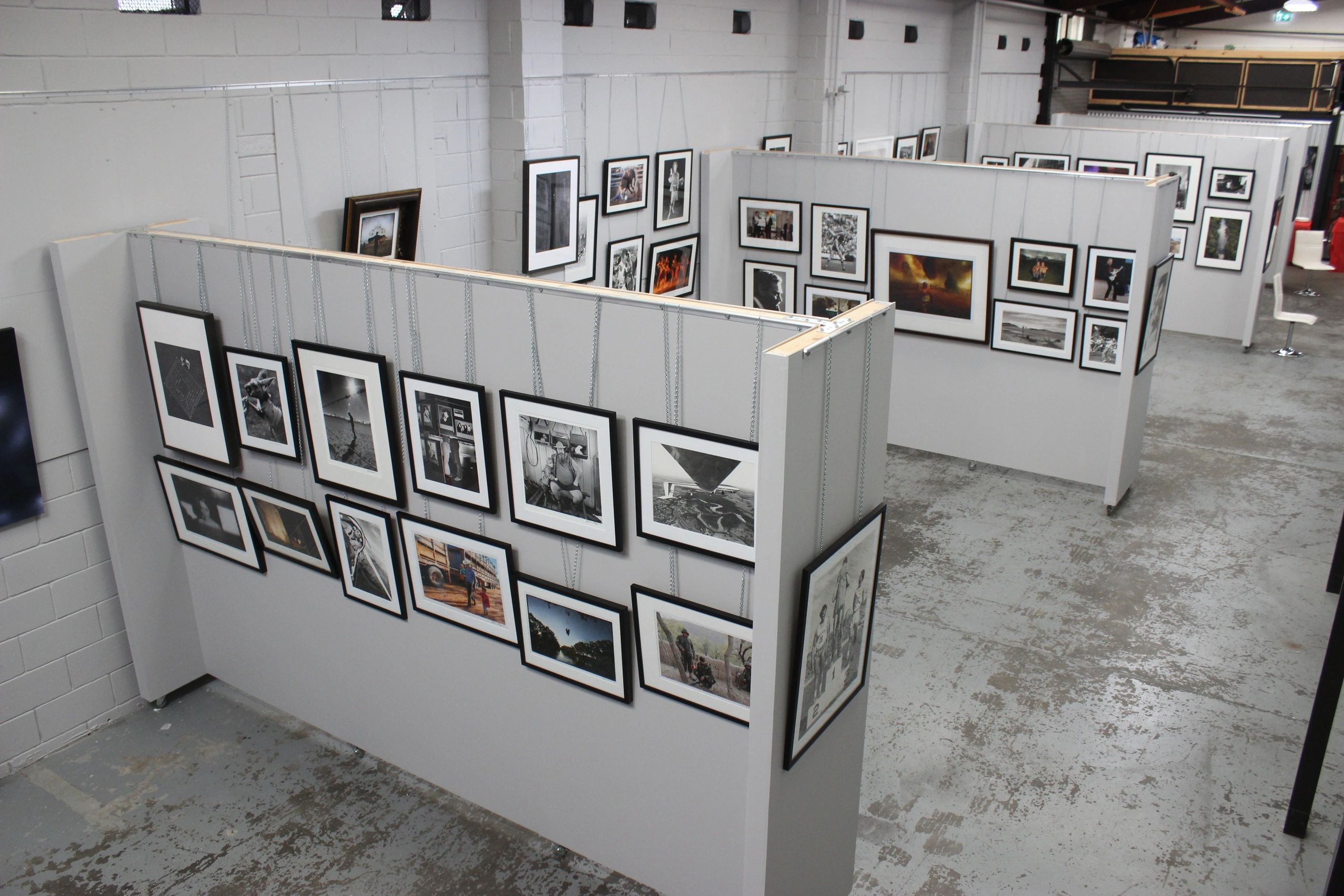 Sign up to receive our newsletters and updates so you can see what's happening, receive special deals and be informed about coming exhibitions, workshops and events.

Our darkroom is available for hire: one enlarger to work on your own, a selection or the whole darkroom (20 enlargers) for groups. We have a great choice of professional-quality enlargers, from 35mm to 4"x5", all suitable for Ilford Multigrade. We also have a dedicated film processing room and a copy room that can double as a private darkroom, with all facilities (if you have a secret project you are working on).

We aim to celebrate photography in all its forms: from hand-printed black & white prints to colour digital files; hard-hitting news to fine-art; historically significant to contemporary works; from established and well-known photographers to emerging.

Our upcoming exhibitions include Photojournalism; contemporary photography; landscapes; portraits; works by students; and special themes from individuals or groups of photographers.

We want you to enjoy creating beautiful photographs as affordably as possible. We have everything you need for film photography, from film to printing paper. We even have some pre-owned cameras and other equipment. Of course, we would like you to enjoy our darkroom, but if you want to build your own darkroom, or already have one, then we can supply the chemistry and accessories you need, as well as some pre-owned enlargers and other darkroom gear.

We have regular workshops on photography and darkroom techniques. Dates vary. Contact us or see our events section for details or to book.

Create Your Own Workshop

We understand that sometimes people want to do a workshop but can't make it on a particular day. We can tailor a darkroom workshop to suit your requirements and when you are available. No matter what your level of skill, from complete novice or beginner to experienced professional, we will work around you to teach the skills you will need to confidently work in our darkroom and produce fantastic analogue black-and-white prints. Contact us for more details.

From time to time we will have guest presenters doing workshops on advanced techniques, alternative processes, analogue and digital photography techniques and lighting. Contact us or see in the upcoming events below to book.

Performers, bands and fans. Some of Australia's best music photography on display and on sale. A great chance to grab a very special Christm...

Wednesdays to Sundays only

An open-call exhibition, open to any photographer, professional or amateur, with the theme of Street Photography. Colour or black-and-white,...

Wednesdays to Sundays only

Wednesdays to Sundays only.

All the finalists and winners of the 2019 Nikon-Walkley Press Photography Awards. A must see exhibition for anyone interested in photography...

Wednesdays to Sundays only.

Craig “Watto” Watson worked for several years in retail and industrial camera shops before beginning a course in photography at RMIT in 1986. This led to a part-time position at Leader Newspapers in Blackburn, which in turn led to a full-time position as darkroom technician at the Herald & Weekly Times.

Watto worked in the darkroom for two years, before taking up a position as photographer on The Weekly Times newspaper, covering all aspects of country life, including farming, news, sport, politics, gardening, cooking, the environment and industry. During his six years on the The Weekly Times, he won numerous prestigious photographic awards, in state and national media competitions.

He began photographing motorsport and classic cars in 1994, and in 1996 left the paper to begin a freelance career specialising in classic motoring, motorsport and corporate events. Since then he has been published in over 40 magazine and newspaper titles in Australia, the United Kingdom and USA, being the sole Australian contributor to six motoring magazines in the UK for a decade.

His corporate work has included official events photographer at Sovereign Hill in Ballarat, including the relaunch of Blood on The Southern Cross in 2003, a visit by a Chinese delegation for the opening of the Chinese mining display in 1998, and the Royal Visit by The Queen and Prince Phillip in 2000.

From 2004 to 2017, Watto ran his own niche market motoring magazine covering British cars from Mini, Morris, Austin, MG, Austin-Healey, Jaguar, Rover, Leyland and others. Unfortunately, the bottom fell out of the market in 2017 and the magazine was closed down in June of that year.

Following twelve months’ research and planning, and acquiring of equipment, Watto and his family opened Focal Point Darkroom and Gallery in North Geelong in February 2019.

The business consists of four main components, being:

• The library (with over 700 books on photography).

Access to the darkroom and library is via Focal Point membership, which also includes discounts on shop merchandise and workshops, as well as free entry to most exhibitions in the gallery.

Drop us a line!

Better yet, see us in person!

We love our customers, so feel free to visit during normal business hours.